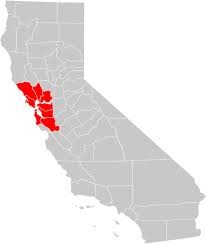 You Generally File Bankruptcy Where You Live

There are three ways to determine where you may file your bankruptcy case.

It is important to hire a local attorney that lives and works in the district where you will be filing.  This is because there are sometimes big differences in how the courts operate, and if your attorney is not familiar with the local rules of that court you can have problems with your case.

For example, The Northern District of California includes four bankruptcy courts: Oakland, San Jose, San Francisco and Santa Rosa. All of these courts operate under very similar rules, and it is common for local attorneys to file cases in all four of these courts.  However, Vallejo, Fairfield, and other cities in Solano County are actually part of the Eastern District of California, and the bankruptcy court for them is located in Sacramento.  Most Bay Area attorneys do not file bankruptcy cases in Sacramento.  The local rules and procedures in Sacramento can be very different from the ones in the Bay Area, so it is important to have an attorney who knows those rules.

The Cline Law Group serves the counties of San Francisco, Alameda, San Mateo and Contra Costa.  Please contact us if you’d like to schedule a free consultation to discuss the best place for you to file bankruptcy.